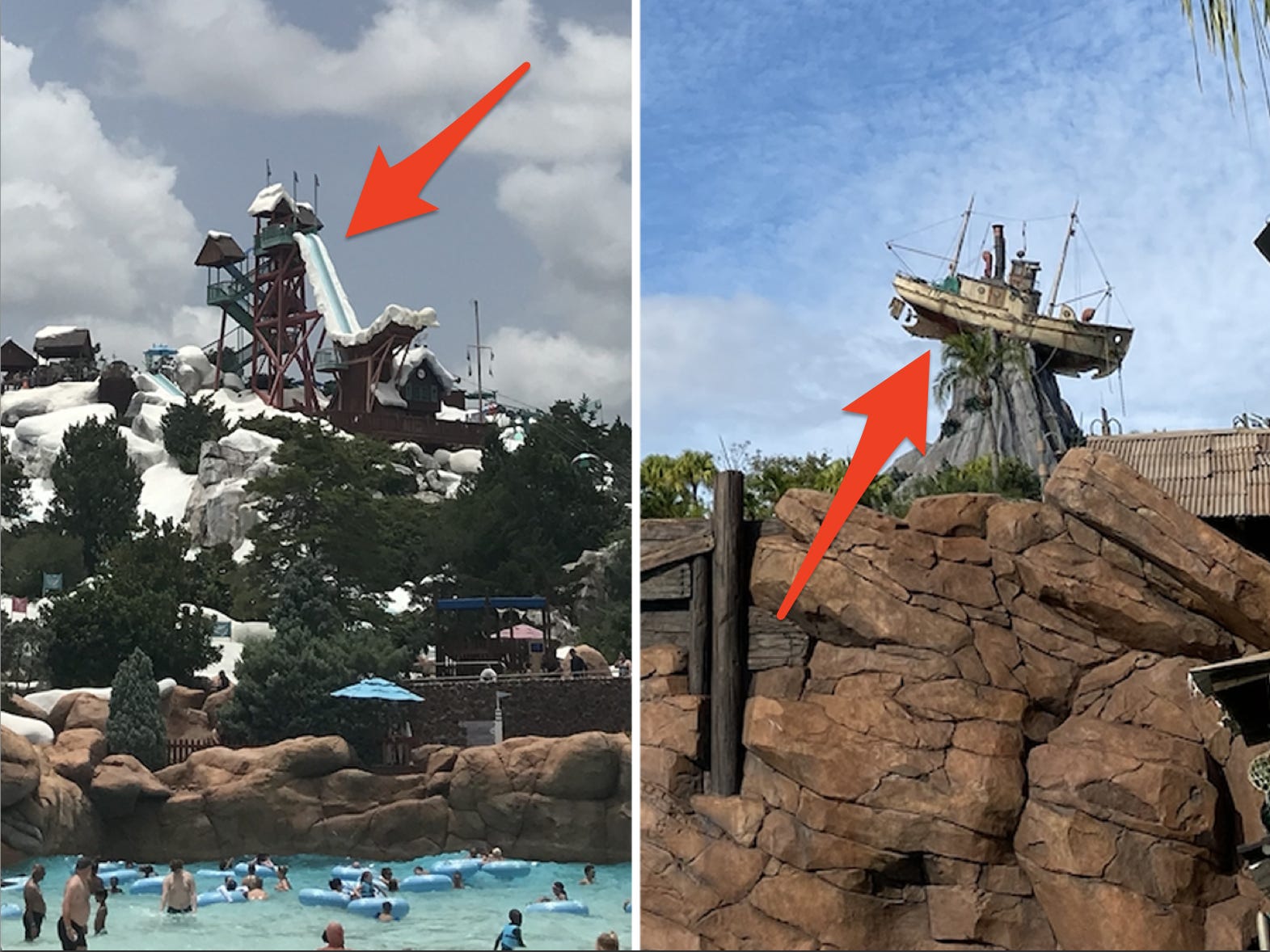 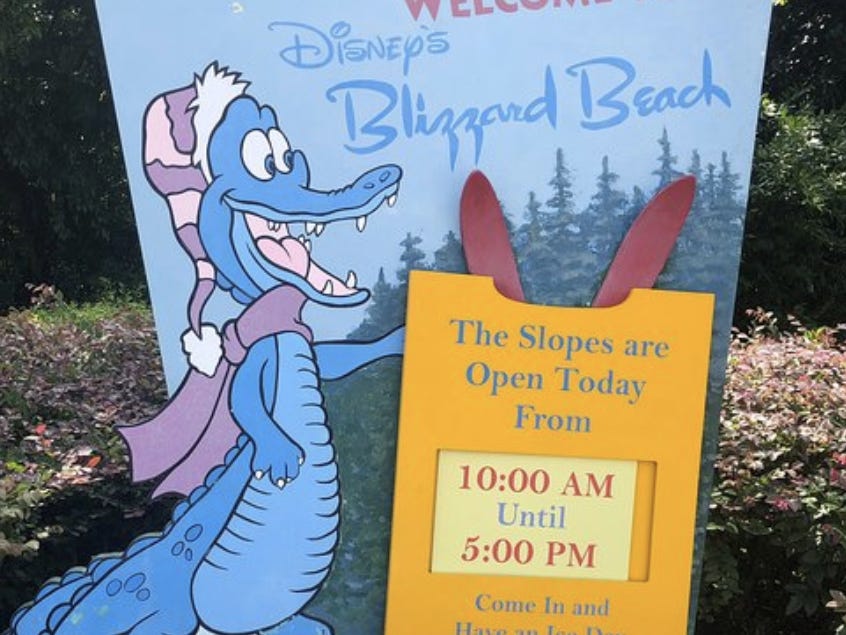 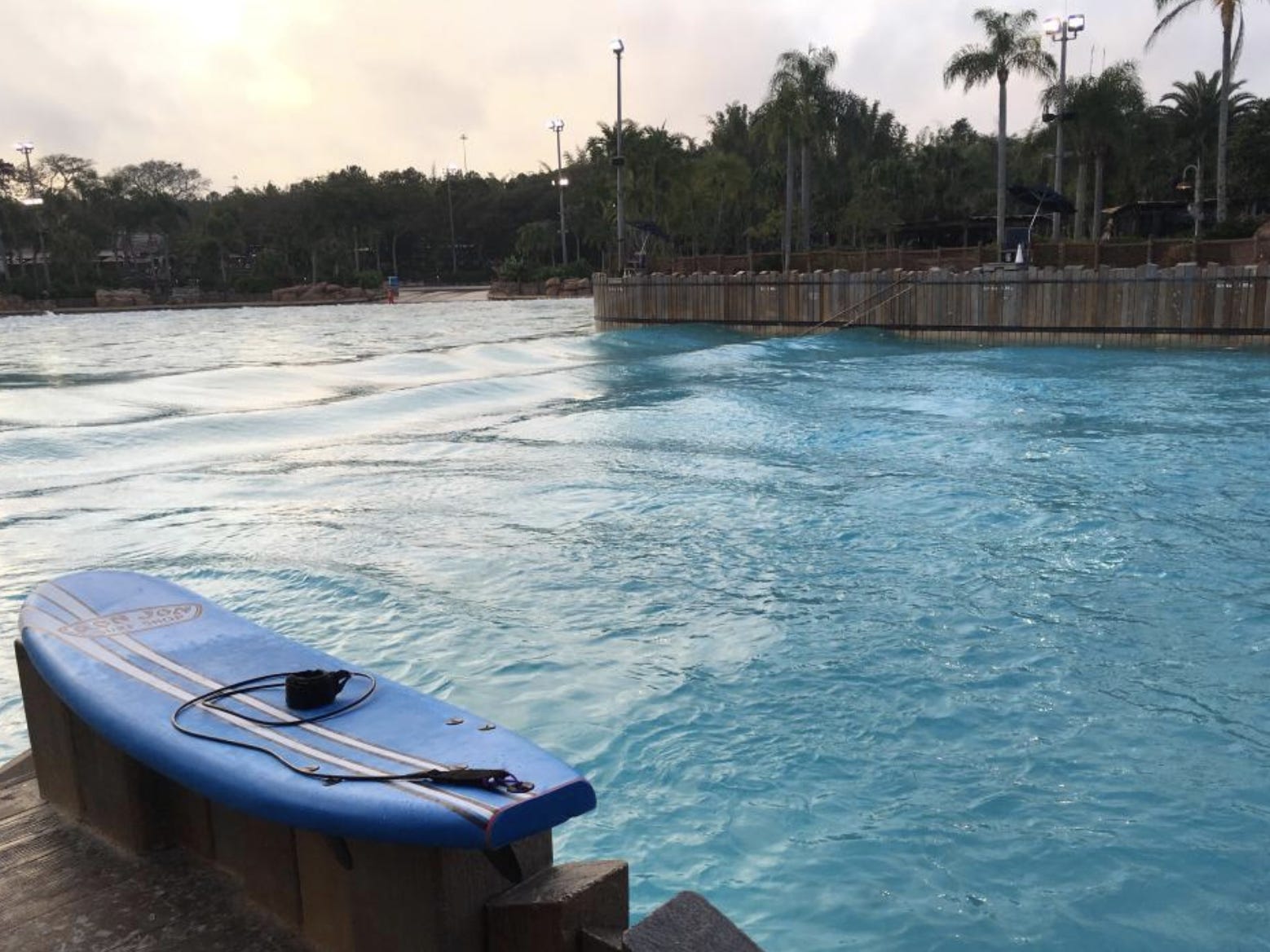 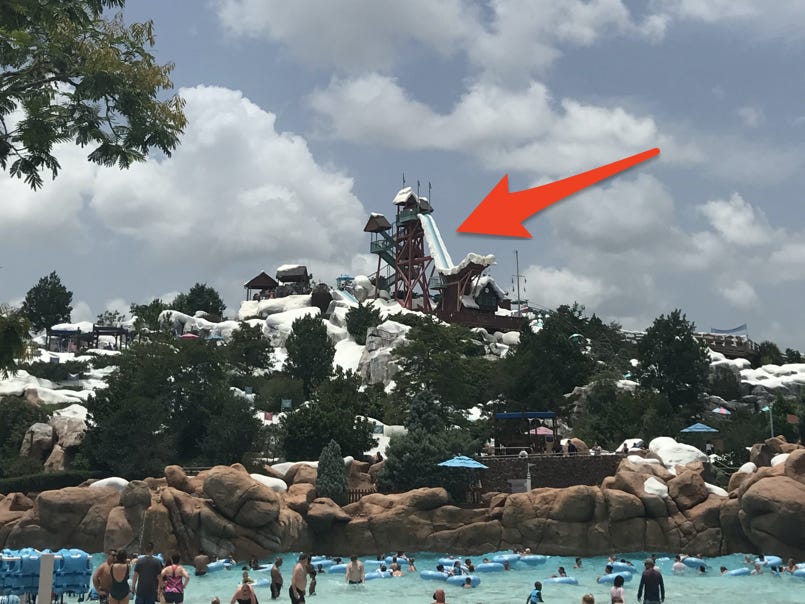 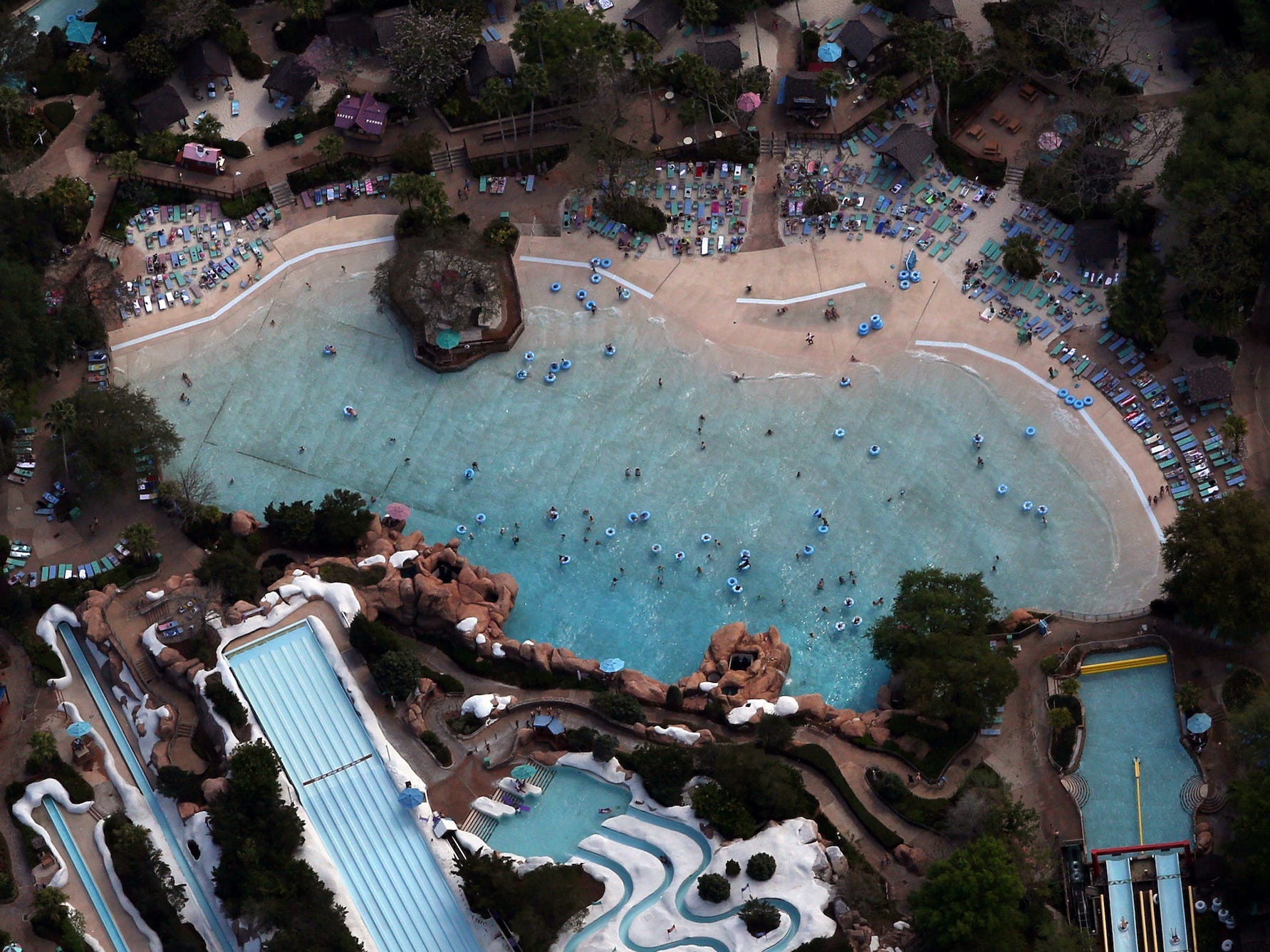 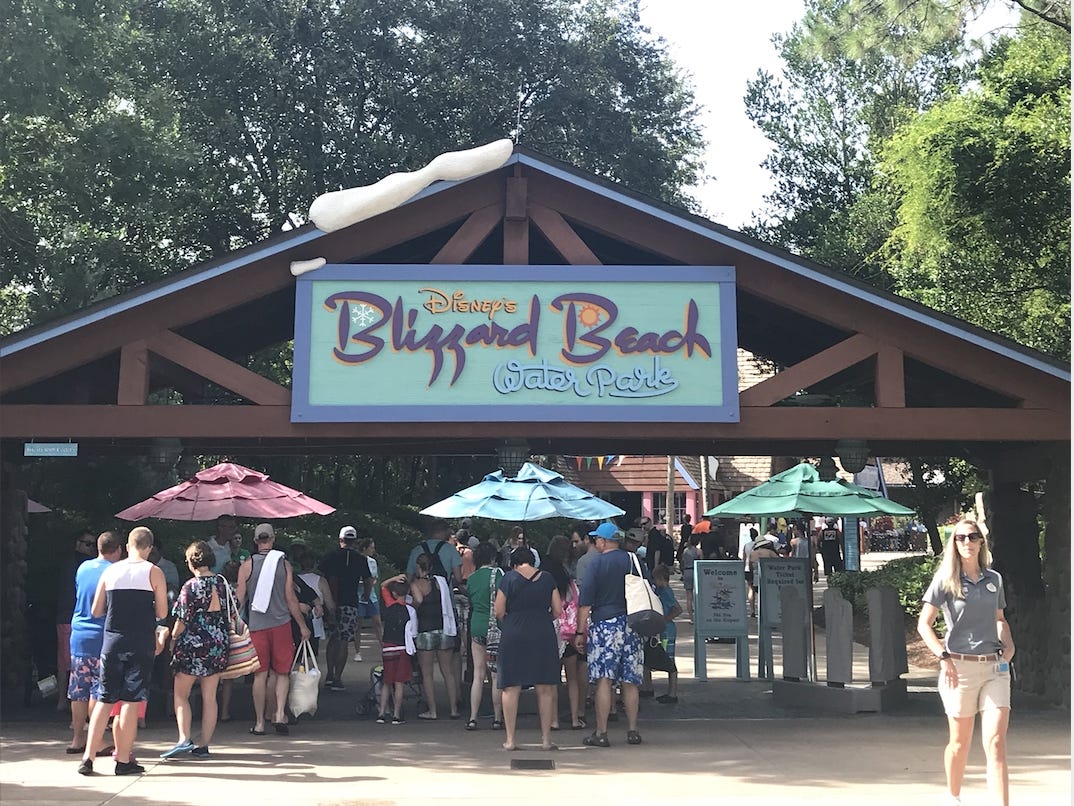 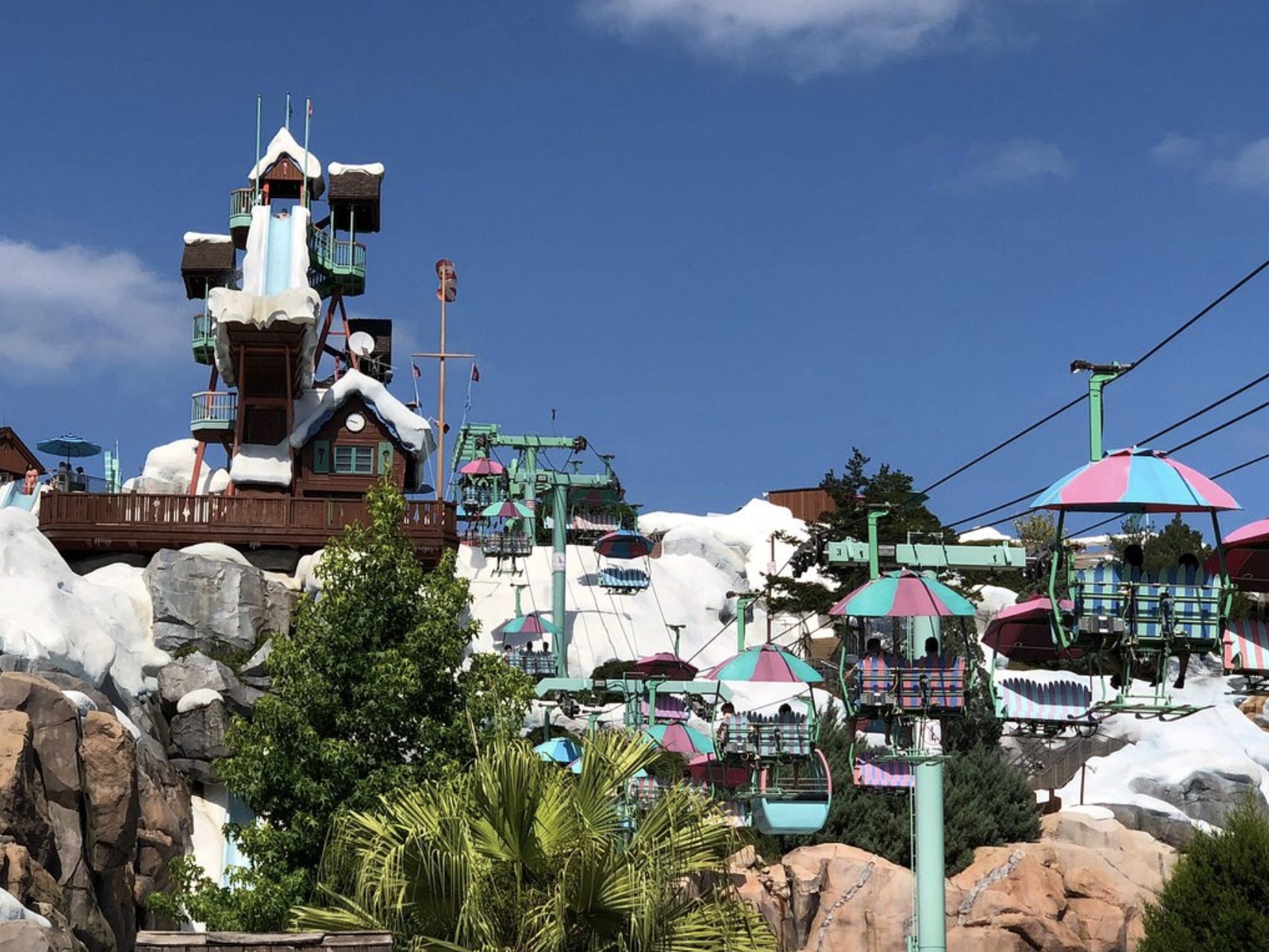 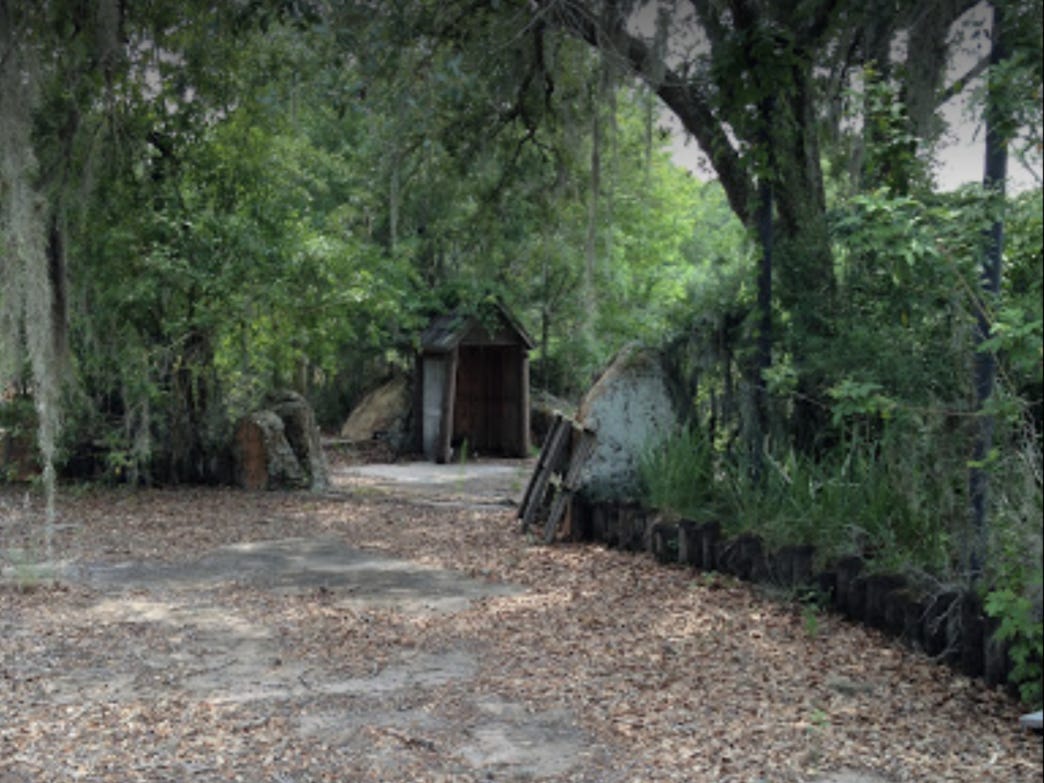 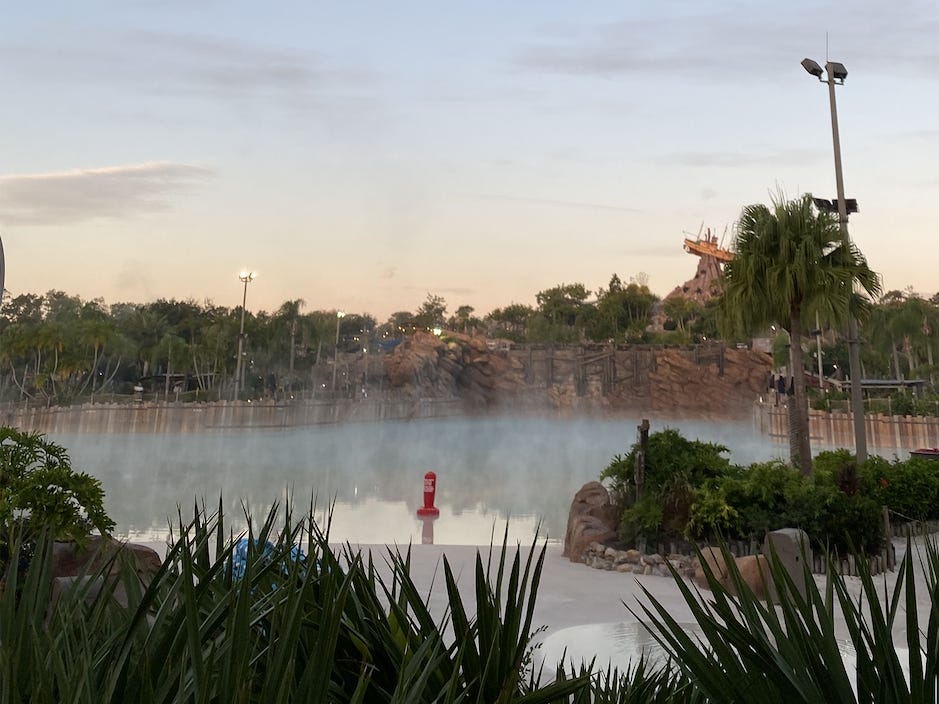 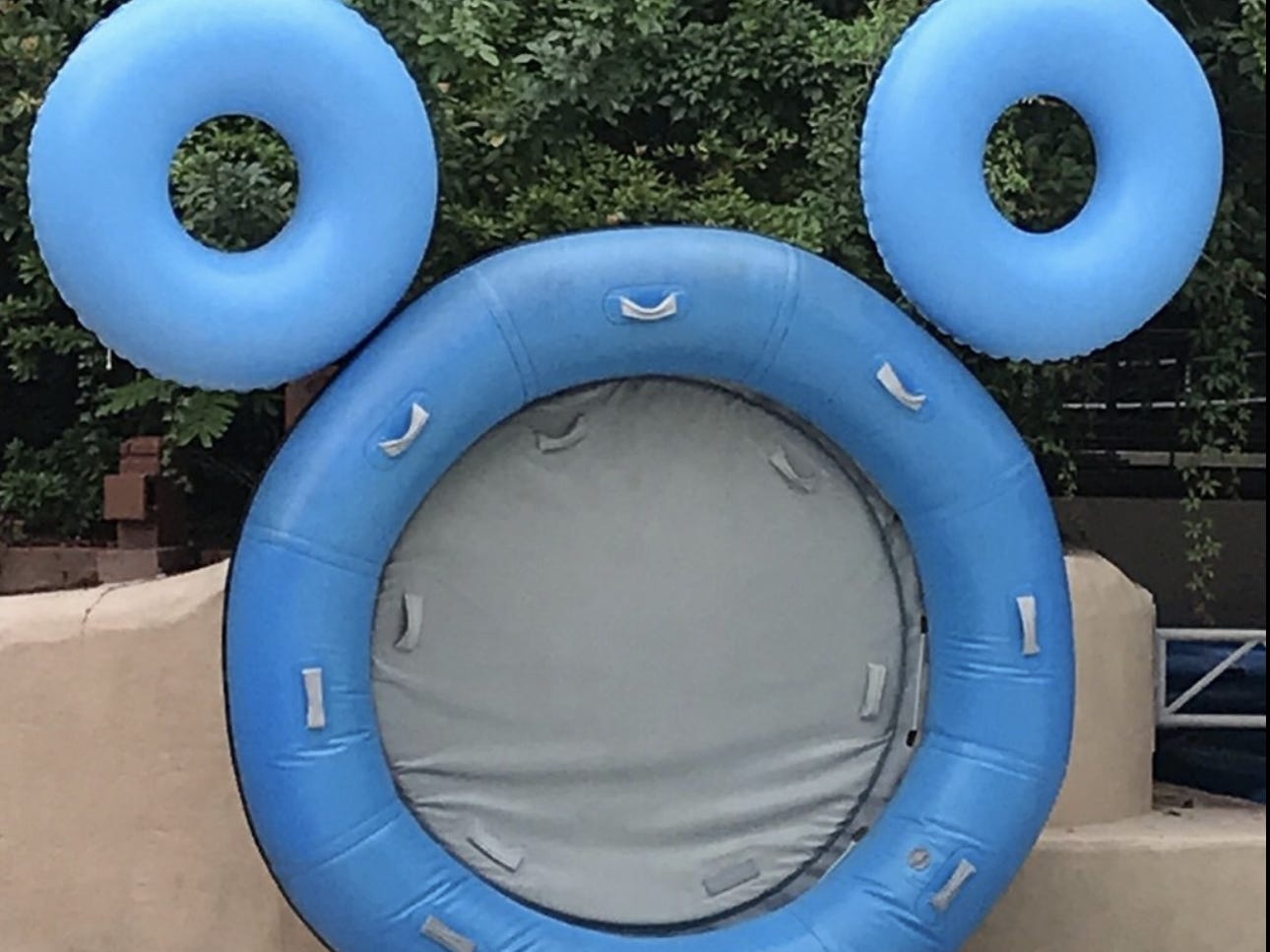 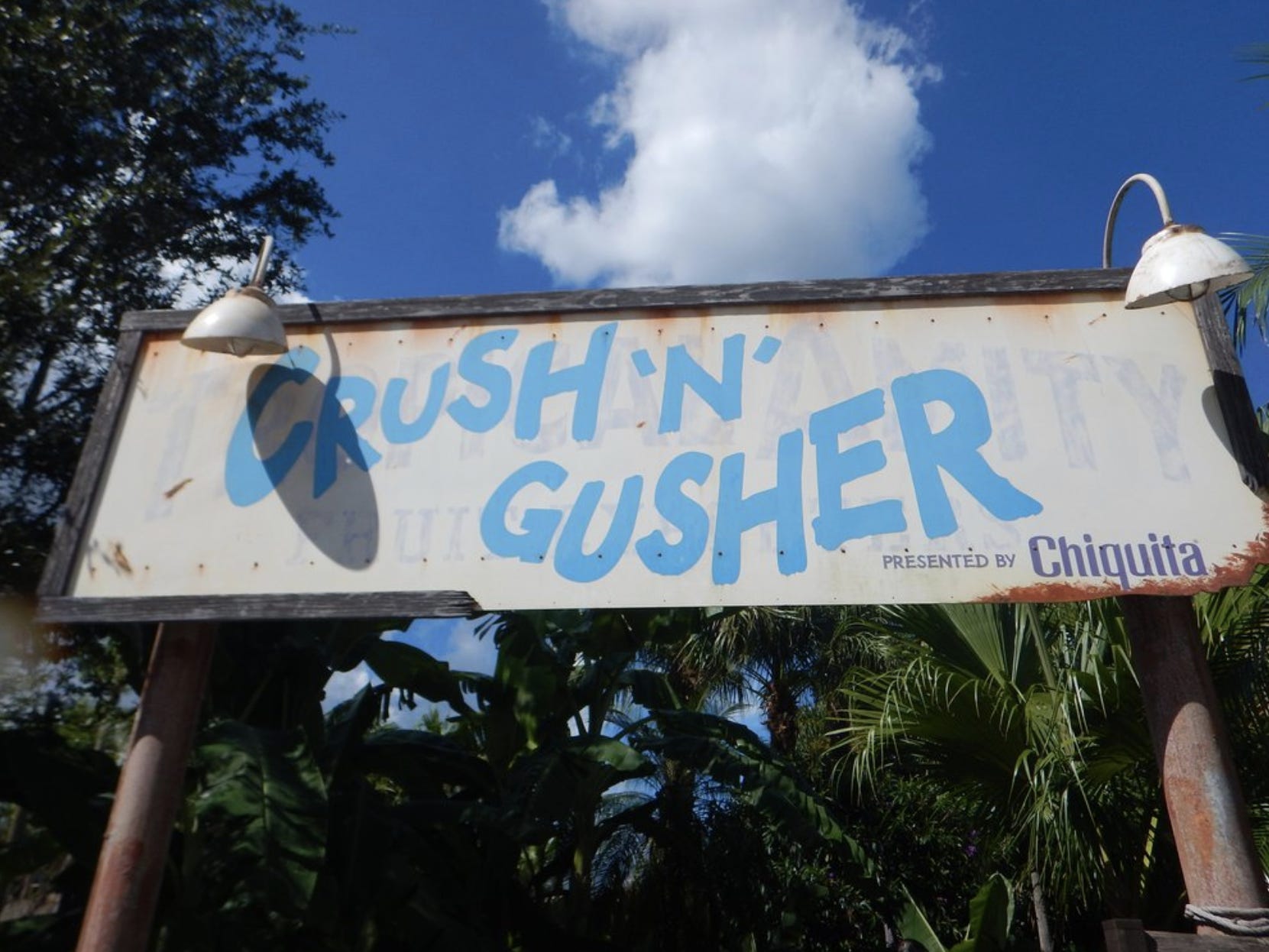 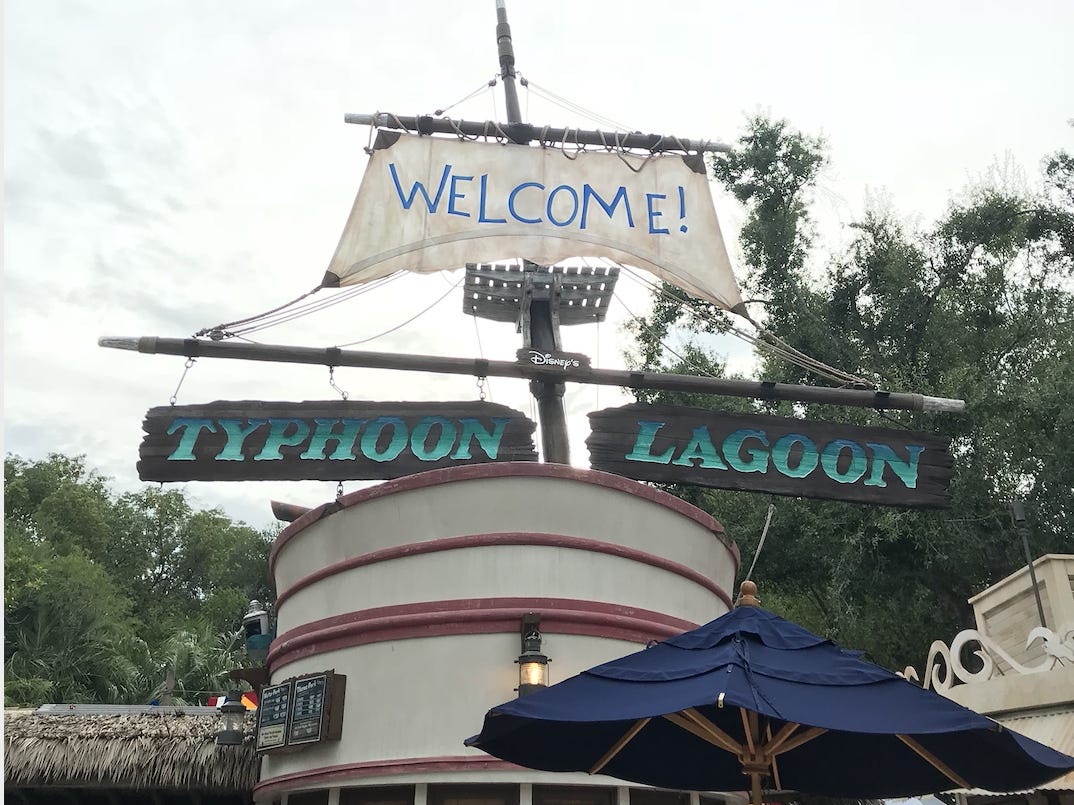 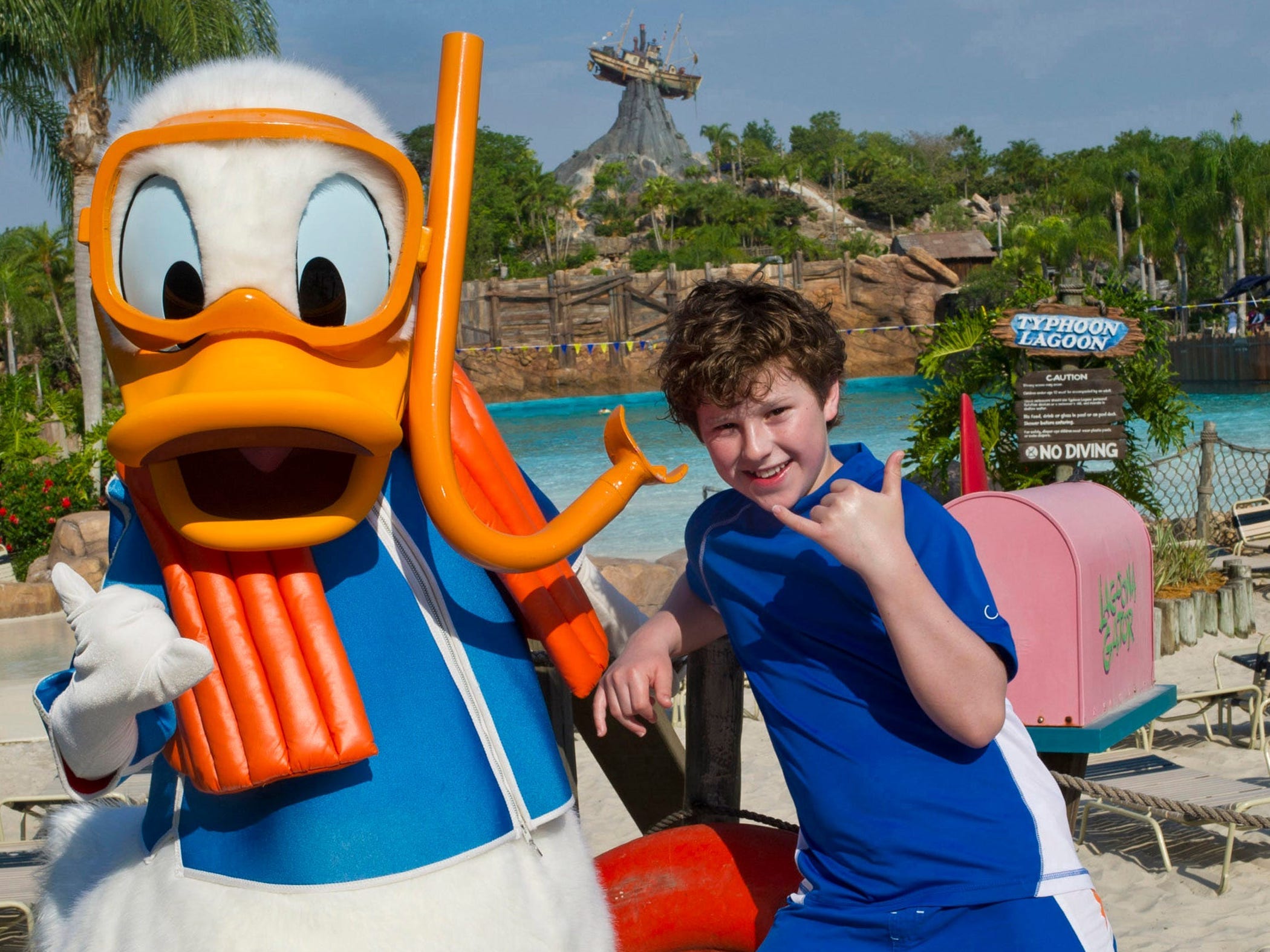 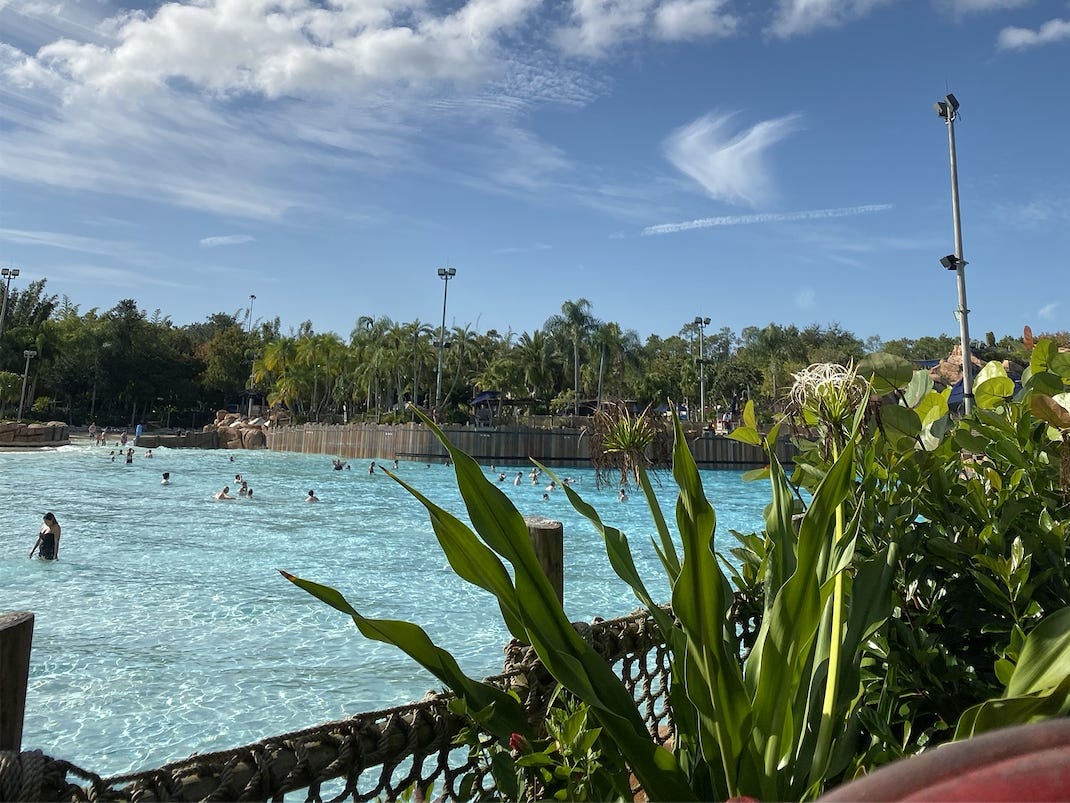 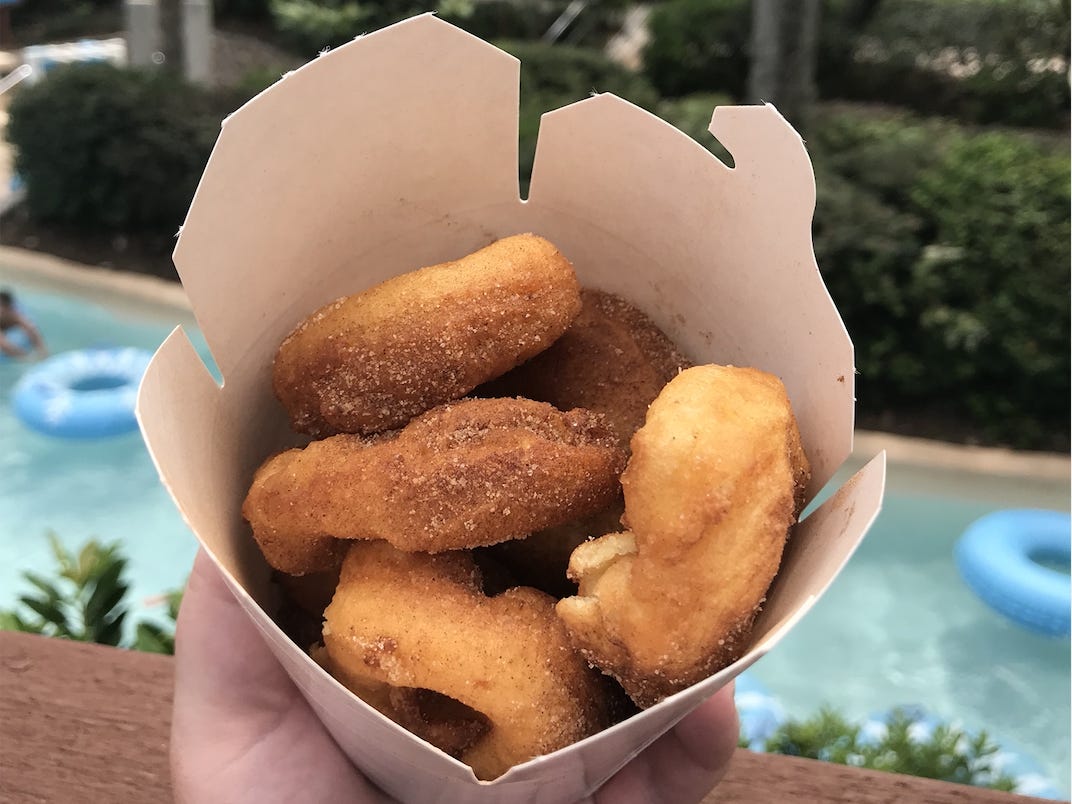 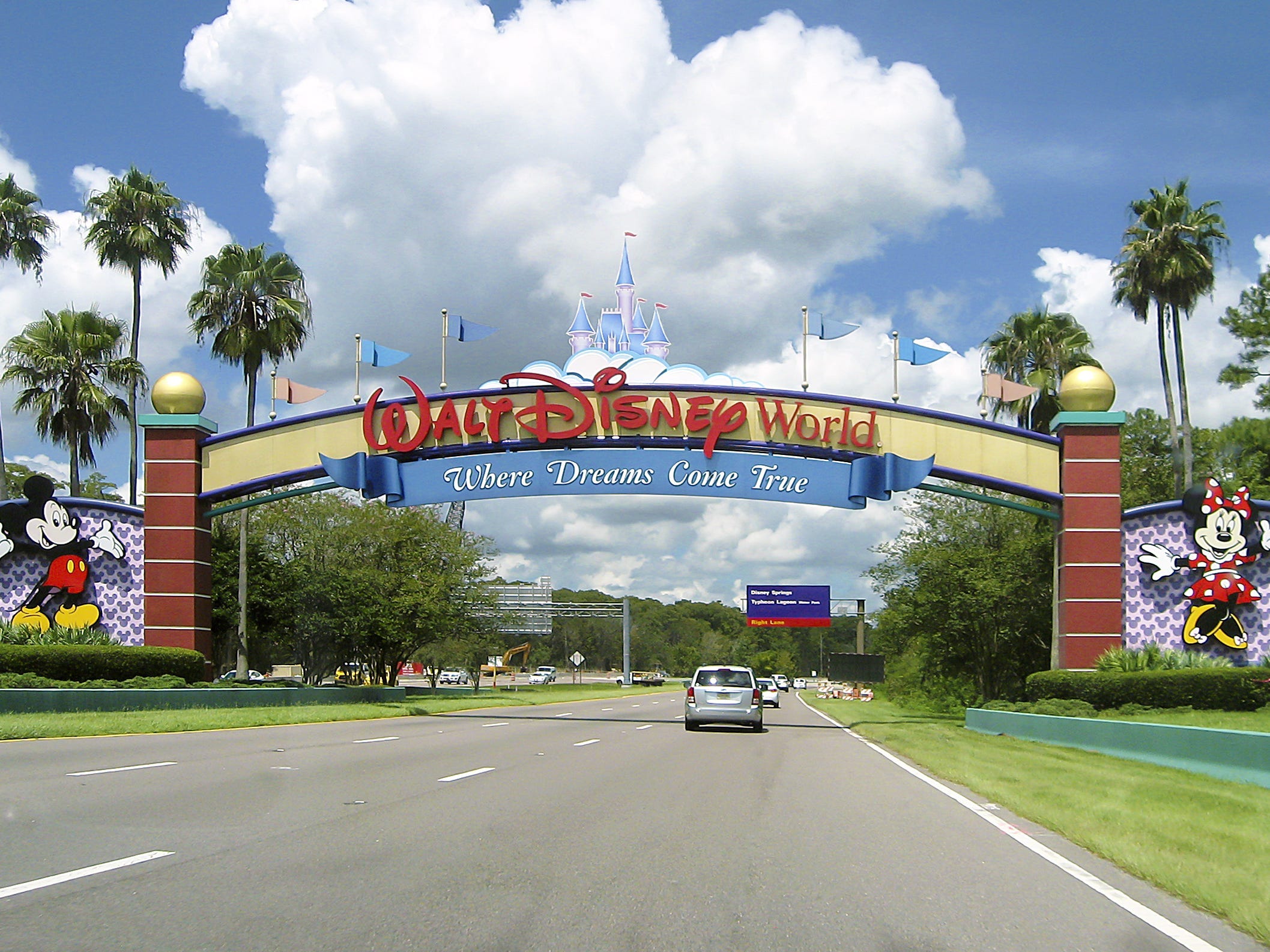 Disney may be known for its theme parks, but it also has some famous water parks.

Even though Walt Disney World in Florida has reopened after closing in March amid the coronavirus pandemic, the resort’s two water parks have remained closed.

While guests wait for the gates to open again, read on for some things you probably didn’t know about Blizzard Beach and Typhoon Lagoon.

Both Disney World water parks have a themed mascot.

Ice Gator resides at Blizzard Beach and has been a prominent figure at the park since its opening in 1995.

Lagoona Gator is Typhoon Lagoon’s version of the mascot, but he didn’t arrive until after the company saw how popular Ice Gator was at Blizzard Beach.

You can learn to surf at Typhoon Lagoon.

Over at Disney’s Typhoon Lagoon, visitors can sign up for an early-morning surf lesson before the park officially opens for the day.

The class, which is not included in a regular ticket, features one-on-one coaching in the park’s giant wave pool.

The fastest Disney World water slide is at Blizzard Beach.

Blizzard Beach is home to quite a few water slides, but none are as fast as Summit Plummet.

The water slide sends people flying almost straight down at speeds of up to 60 miles per hour. According to the Disney World site, it’s the “tallest, fastest freefall body slide” on its property.

The slide’s main drop is 12 stories tall — about 120 feet — which is only about 10 feet shorter than the 13-story drop on the Tower of Terror at Disney’s Hollywood Studios.

The lazy rivers at both parks are huge.

If traveling around the lazy river sounds like the best way to spend the day at the most magical place on Earth, then you’re in luck. Both lazy rivers at the Disney World water parks are huge.

Blizzard Beach has a fun backstory.

Blizzard Beach is one of the most uniquely themed water parks in Florida, and little details keep the story alive throughout the park.

The fictional backstory is that there was a freak snowstorm in Florida that instantly put the ski resort in business. When the weather returned to normal, however, the resort began to melt away.

That’s when Ice Gator stepped in to save the resort by allowing guests to slide down melting snow slides.

Going along with Blizzard Beach’s theme, the water park has a working chairlift with beach umbrella canopies that guests can ride up the “mountain.”

The lift travels to the top of Mount Gushmore, where they can get in line for three of the park’s top-tier attractions.

There’s a secret character from the Society of Explorers and Adventurers at Typhoon Lagoon.

Mount Mayday is the focal point of Typhoon Lagoon, and on top of the mountain is Miss Tilly, a boat that was thrown around during a fictional storm that “created” the water park.

If you ride Miss Adventure Falls you might notice that it’s “owned” by Captain Mary Oceaneer.

This character is part of the Society of Explorers and Adventurers, a fictional group that has storylines throughout the Disney Parks, including at Magic Kingdom’s Skipper Canteen restaurant, Tokyo Disney Sea’s version of Tower of Terror, and even AbracadaBar at Disney World’s BoardWalk.

Disney World used to have another water park, and it was left abandoned for nearly 15 years.

Disney opened River Country, its first official water park, in 1976. But after the park closed for its yearly refurbishments in 2001, it never reopened.

River Country was nestled in the land between Disney’s Wilderness Lodge Resort and Disney’s Fort Wilderness Resort and Campgrounds, and the property stood stagnant until around 2016 when the company began working to put a new Disney Vacation Club hotel there.

Wave pools are always a big hit at water parks, and the one at Disney’s Typhoon Lagoon is no exception.

The massive Surf Pool holds nearly 3 million gallons of water, making it one of the largest wave pools in North America.

There are hidden Mickeys all around the water parks.

Avid fans are always on the hunt for hidden Mickeys, which are representations of Mickey Mouse that can be found all around the Disney parks and resorts.

At the Disney water parks, you might find a few hidden Mickeys on the rides, but cast members also construct them out of the giant rafts that are used on the water slides.

Typhoon Lagoon’s Crush ‘n’ Gusher pushes riders along with over 1,000 gallons of water per minute.

Crush ‘n’ Gusher is a fast water coaster at Typhoon Lagoon. A Disney Imagineer told the Orlando Sentinel that it pumps 1,350 gallons of water per minute.

Guests used to be able to swim with sharks at Typhoon Lagoon.

It takes a lot of bravery to jump into water where sharks are lurking, but guests at Disney’s Typhoon Lagoon used to do just that.

The shark reef allowed guests to swim and snorkel with sharks, fish, and other sea life, but the experience closed in October 2016 to make way for Miss Adventure Falls.

You can still see characters at the water parks.

At both Blizzard Beach and Typhoon Lagoon visitors can spot some of their favorite Disney characters — and a few are even in unique costumes.

At Blizzard Beach, guests can see Goofy in his swimwear getting ready to dive into the wave pool, and at Typhoon Lagoon they can hang out with Lilo and Stitch.

At Typhoon Lagoon’s Surf Pool, a loud horn signals the start of each new wave cycle, during which the water is pushed into 6-foot-tall waves every 90 seconds.

Even if guests can’t sign up for the private surf lessons, the pool is still a popular attraction throughout the day due to its steady stream of waves.

Although many people rave about the popular snacks at the Disney theme parks, there is a little-known treat that can only be found at the water parks.

Made-to-order mini donuts can be purchased at both Blizzard Beach and Typhoon Lagoon, and they’re served hot and doused in cinnamon sugar.

Disney World Resort is home to the most visited water park in the US.

With over 2.25 million visitors, Disney’s Typhoon Lagoon was the most visited water park in the US in 2019, per data gathered by Statista.

As of 2018, per Guinness World Records, Typhoon Lagoon is also the second most visited water park in the world with 2,271,000 visitors in 2017. Chimelong Water Park in China holds the top title with 2,740,000 visitors in one year.