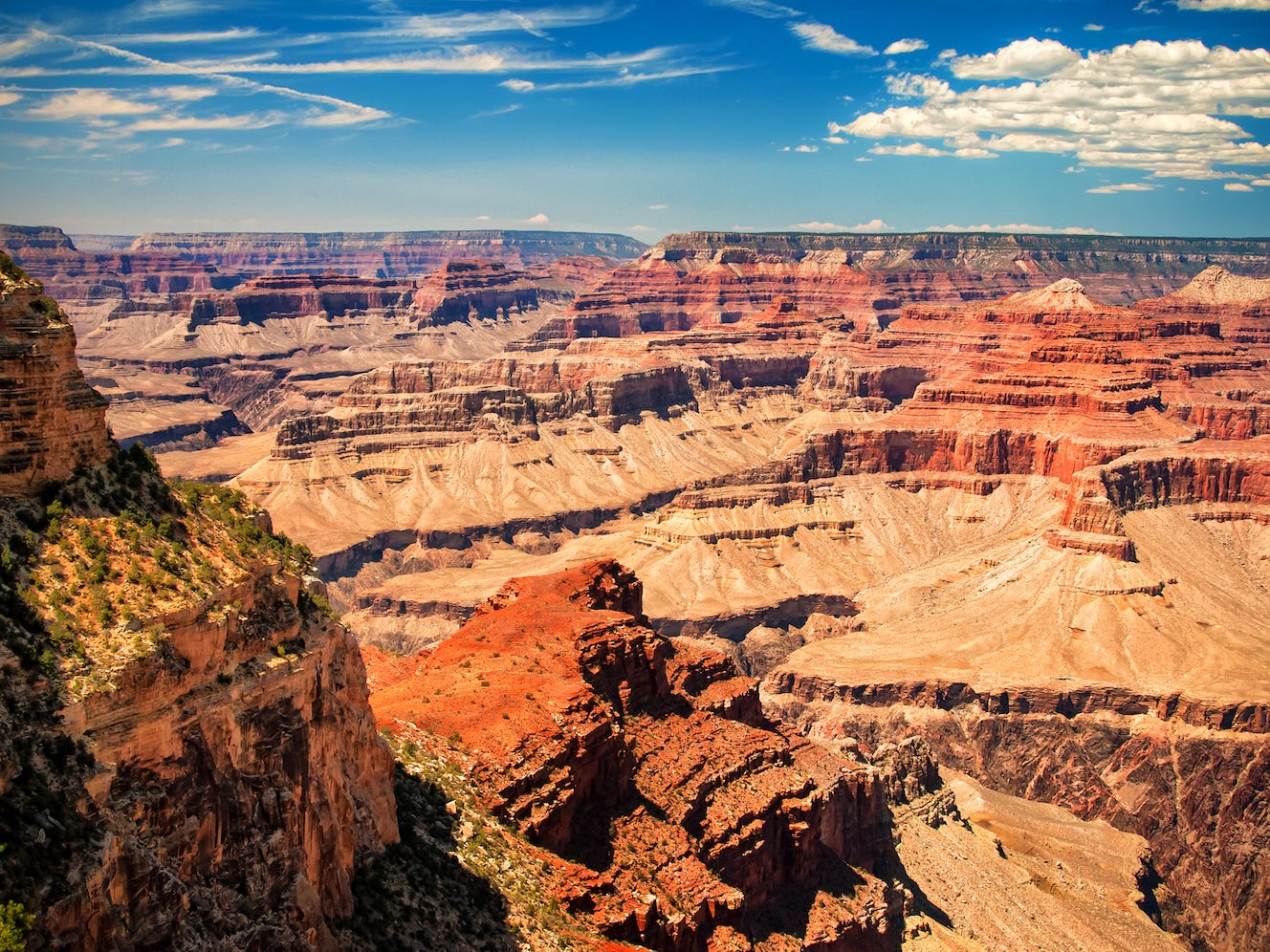 There’s no better way to see a new place than to see it from above.

That’s why so many tourists travel far and wide to sites that are often considered tourist traps, but boast beautiful vistas.

While it’s true that many of these views can be spectacular, sometimes they might not be as great as you’d expected, depending on things like weather, fences, or other people.

Insider rounded up photos of iconic views around the world in order to show the disparity between what you think you’ll be seeing and what you might actually be seeing.

Plenty of tourists climb the Cologne Cathedral’s 533 winding steps to see the German city from above.

The Cathedral is actually Germany’s most popular attraction.

The view is less enticing when you see it through the wire fence that surrounds the top of the cathedral.

The fence has a tendency to get in the way.

The 1,535-foot tower features a glass-floor observation deck and a revolving restaurant.

Just hope that your trip up the tower doesn’t fall on a foggy day.

Fog in Shanghai is not that uncommon.

Christ the Redeemer is a 98-foot-tall statue that stands on the top of Mount Corcovado, which towers over Rio de Janeiro, Brazil.

The observation platform that the statue is built on offers majestic views of the city below.

The views are only majestic if you can actually manage to wade your way through all the crowds and catch a glimpse, though.

During peak season, the statue sees anywhere from 3,000-4,000 visitors a day, making it a battle to see anything at all.

The Empire State building is arguably the most iconic skyscraper in New York City.

The building’s two observatories — one on the 86th floor and one on the 102nd — welcome more than four million visitors a year.

What many tourists don’t know, though, is that the buildings of Midtown Manhattan that you’ll be looking down on really aren’t all that exciting.

For a much more dynamic view of the city, which includes the Empire State Building, take a trip up to the Top of the Rock.

The Grand Canyon is one of those natural wonders that everyone should see at least once in their lifetime.

The breathtaking attraction celebrated its 100th anniversary as a designated national park.

Of course, the Grand Canyon is an incredible sight to behold — just keep in mind that, depending on the weather, the canyon might not look as red as you’ve seen in photos.

It still warrants a visit, despite the crowds and the people who call it a tourist trap.

Seattle’s 605-foot-tall Space Needle is synonymous with the city.

On a good day, you can see Seattle’s skyline, as well as Mount Rainier.

On a not-so-good day, the view looks slightly more dismal.

And since Seattle is known for its heavy amount of annual rainfall, there’s a good chance you’ll be visiting on a rainy day.

The seaside villages of Cinque Terre, Italy, have become popular among travel enthusiasts for their bright colors.

The coastline, cliffside towns, and the surrounding hillsides are all part of the Cinque Terre National Park, which is a UNESCO World Heritage Site.

But depending on the weather, the colors of the villages may not shine as bright as you’ve seen in photos.

While visitors can trek the hiking trails along the cliffs, the best way to see all five villages is via train or boat.

The skyscraper’s 103rd floor is home to the Skydeck, which attracts more than 1.7 million visitors annually.

But the 4-foot ledge is a tight squeeze for groups, so you may end up scrambling to get other tourists (and their feet) out of your shot.

Toronto’s CN Tower boasts the world’s highest hands-free external walk, which is a great opportunity to catch a bird’s-eye view of the city.

The walk allows visitors to walk around the tower 1,168 feet above the ground, while safely attached with cables and harnesses.

But on a foggy day, that daring walk may reveal less-than-noteworthy views.

For the best view of the tower itself against the backdrop of the Toronto skyline, head to Polson Pier.

National Park in Thailand Mails Trash Back to Campers Who Littered

09/17/2020
Recent Posts
This website uses cookies to improve your user experience and to provide you with advertisements that are relevant to your interests. By continuing to browse the site you are agreeing to our use of cookies.Ok