Google Maps Street View helps users navigate the world very easily. Google Maps users often come across funny sites when using the tool that leaves them questioning what they are seeing. Other scenes often attract lots of attention like this rare car that was pictured in America.

This scene takes place in Maryland, America where the sun is shining brightly overhead.

Nothing looks out of the ordinary on the road where there are lots of cars and people going about their everyday lives.

However when looking closely at this one car, something appears to be very strange.

It has two back wheels on the left side of the car and only one at the front. 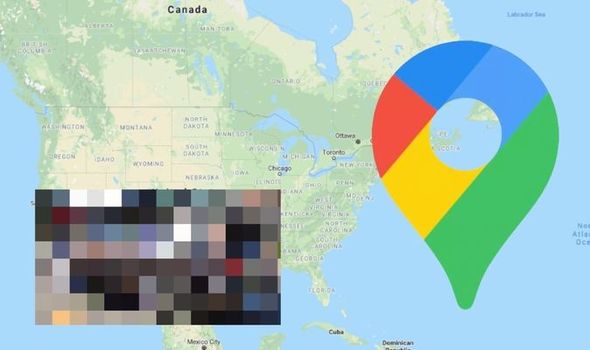 It is brown in colour and its body is elongated with two petrol caps.

Posting the photo on Reddit, one user wrote: “Just a normal day in Maryland!”

It attracted many comments and one said: “The exclusive Toyota 6-runner.”

Many suggested that this was a new car that the brand had just bought out.

However something in the photo gives away what has really happened here.

So what has happened, has Google discovered a rare car on the road?

Unfortunately what seems to have had is that the car has become stuck in a glitch.

One of the back wheels has been cut off as well as there being two petrol caps. 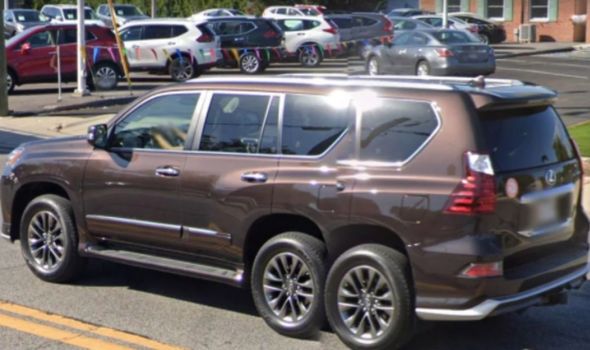 The world is constantly moving, meaning small errors in the Google stitching can easily occur.

Google Maps creates the images by stitching together the 360 degree image sets submitted by users, meaning errors can easily occur.

If an object is captured whilst moving, it can create what is known as a glitch.

The car therefore must have been moving when the shot was taken. 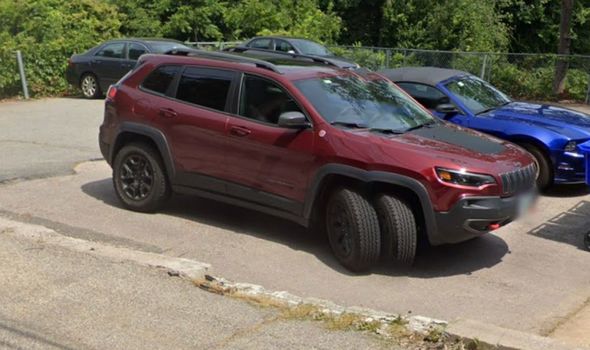 This means that the Google camera took one shot when it entered the scene and another when it left, creating the appearance of two wheels.

Another similar scene was caught in America where the car also appeared to have two front wheels where it was parked in the car park.

Fans also deemed this to be real as the stitching was very accurate and there was nothing to give the glitch away.

However from a different angle, the extra wheel had disappeared which means the car had also become stuck in a Google glitch.