The Royal Yacht Britannia has been rated the UK’s favourite historical attraction in a new Which? survey.

The Queen’s former yacht, permanently moored on the waters of Leith in Edinburgh, came out on top when members of the consumer organisation were asked to rate the UK’s 50 most visited historical attractions on criteria including facilities, entertainment and lack of crowds.

In second place was Yorkshire’s Fountains Abbey and Studley Royal Water Garden, while Stourhead House and Gardens in Wiltshire came third. At the bottom of the table was Southend Pier. 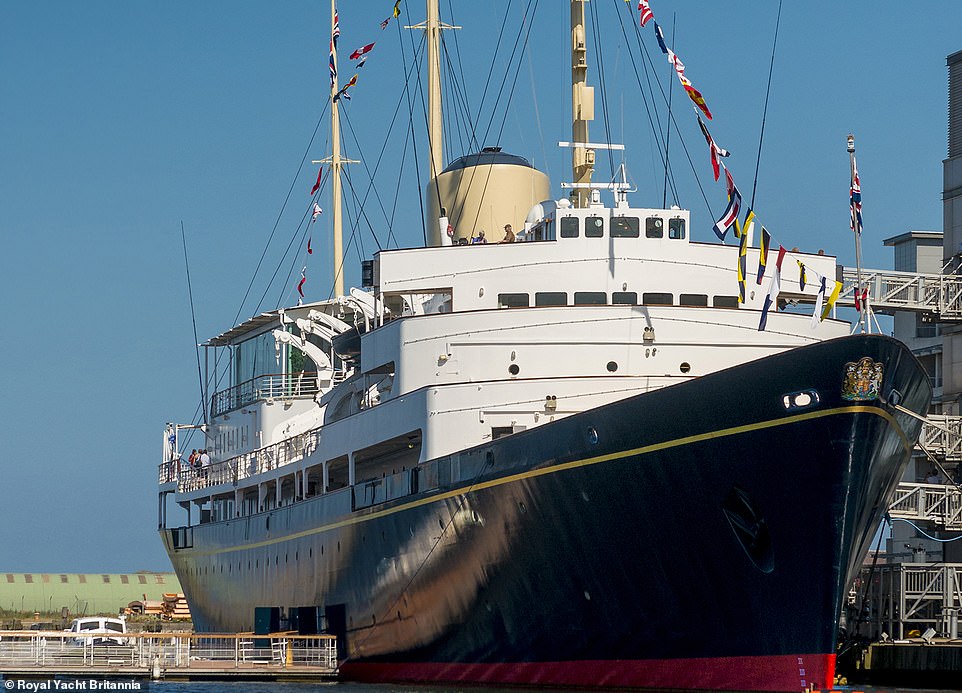 The Royal Yacht Britannia, pictured, has been rated the UK’s favourite historical attraction in a survey by Which? 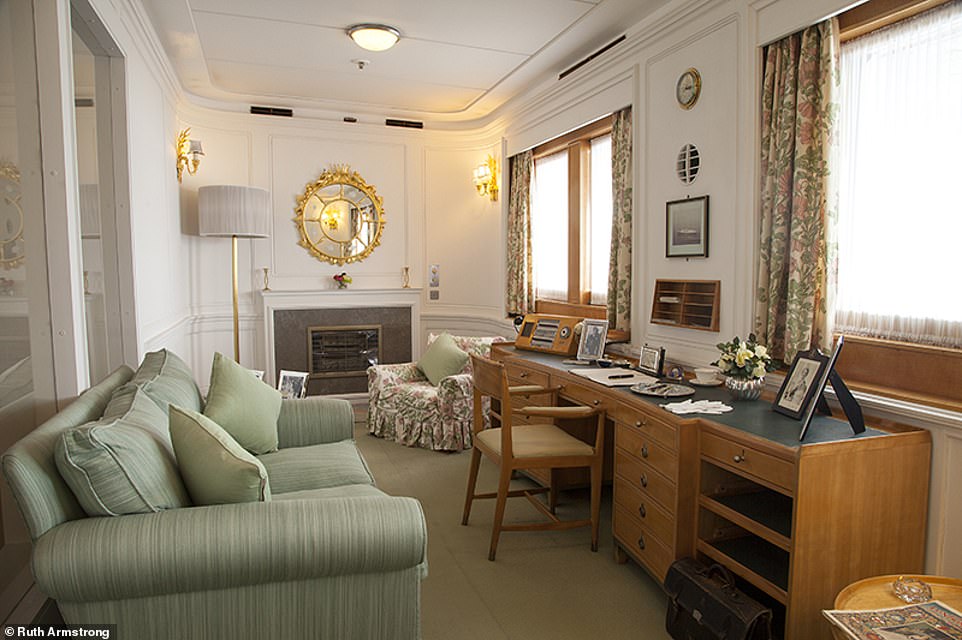 Inside the Queen’s study on the Royal Yacht Britannia. The Queen’s former yacht is permanently moored on the waters of Leith in Edinburgh 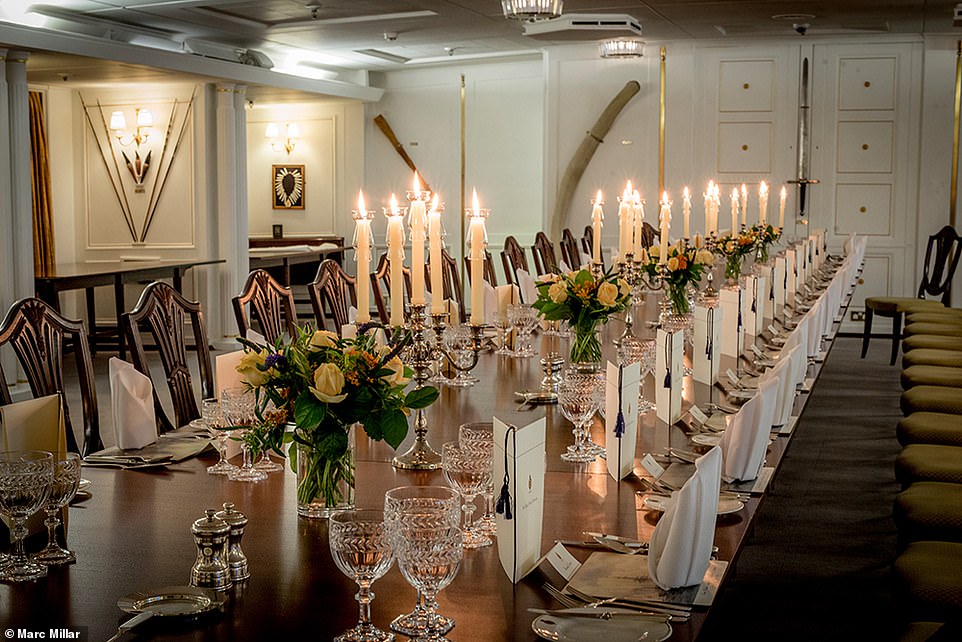 The Royal Yacht Britannia, which visited 144 countries during its 44 years in royal service, earned a customer score of 90 per cent. Pictured is the state dining room

Top-ranked Royal Yacht Britannia, which visited 144 countries during its 44 years in royal service, earned a customer score of 90 per cent.

It was given a five-star rating for food and drink, information, and value for money.

Visitors told Which? it was an ‘outstanding attraction’, ‘immaculately kept’ and that staff were ‘very kind and helpful’.

One respondent, out of the 4,283 polled, told the consumer champion: ‘I thought we would spend about two hours there and in the end were practically the last to leave.’

Those who rated it highly to Which? described the setting as ‘magical’ and ‘suited to a slow pace and contemplation’. 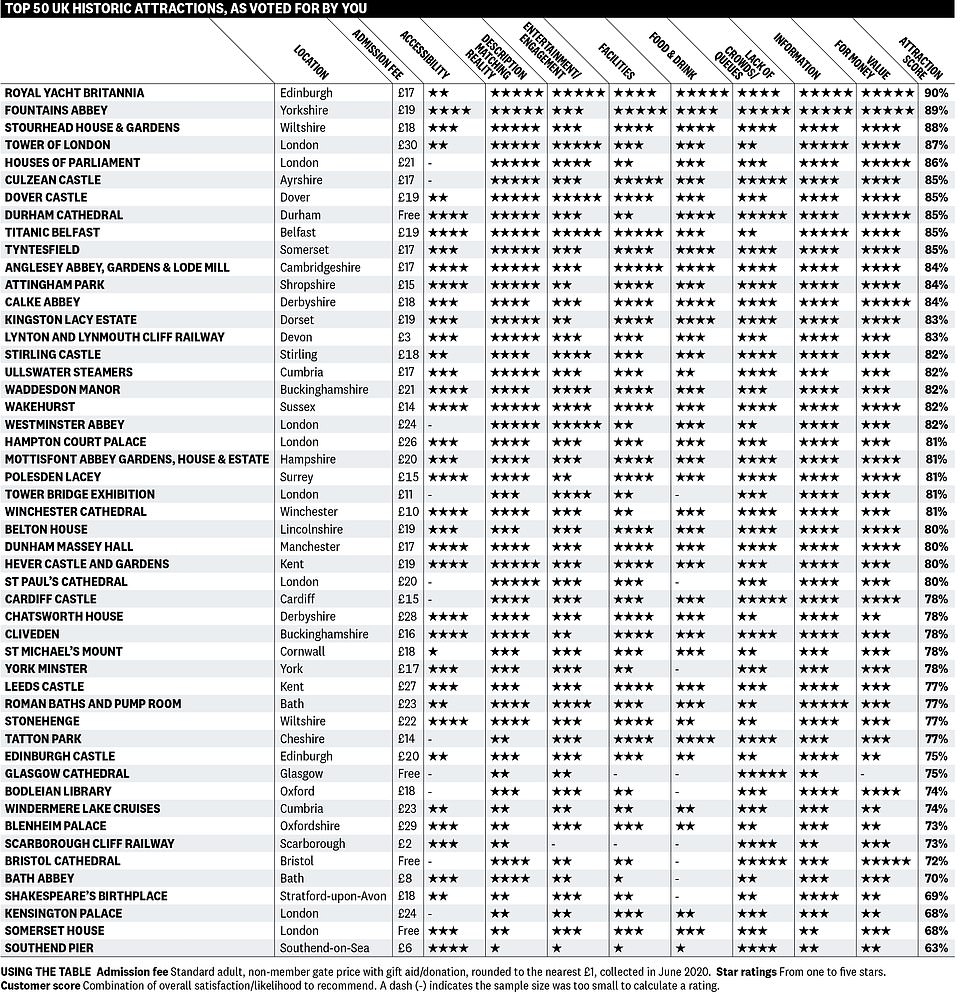 The full ranking of the 50 most-visited historical attractions by Which? It also shows the star ratings for the attractions in each category

The Abbey also scored well for information and value for money with both receiving five stars. It also achieved a further five stars for lack of crowds and queues, meaning visitors can enjoy the ruins and the Water Garden with plenty of space to roam between the two.

Stourhead House and Gardens received a customer score of 88 per cent and it was followed by the Tower of London on 87 per cent, in fourth place.

The London landmark is one of the most expensive of the 50 attractions, but visitors gave it four out of five stars for value for money, citing a wide range of exhibitions to enjoy as part of the ticket price. In fifth place were the Houses of Parliament with 87 per cent.

Durham Cathedral was the highest-scoring free attraction, with a customer score of 85 per cent – putting it joint sixth out of the 50 attractions alongside Dover Castle, Culzean Castle, Titanic Belfast and Tyntesfield – a Victorian house and gardens near Bristol. 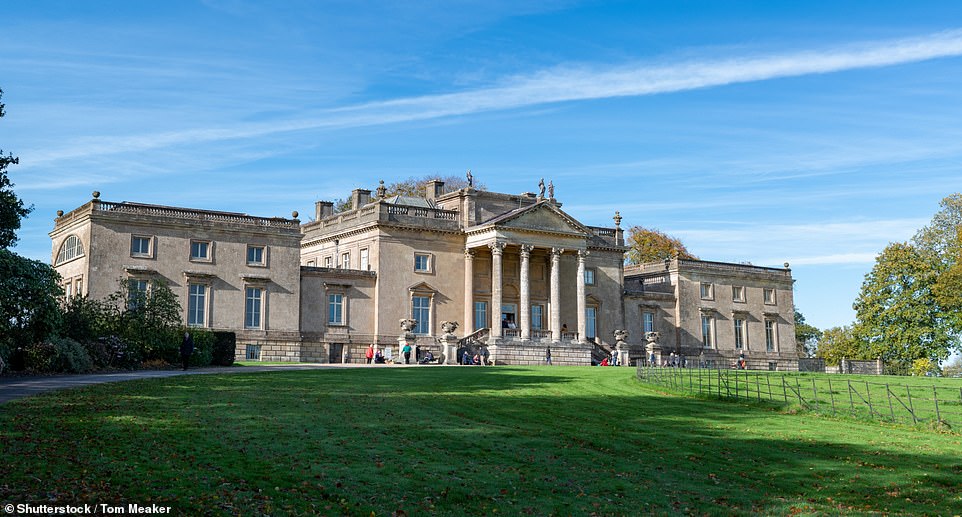 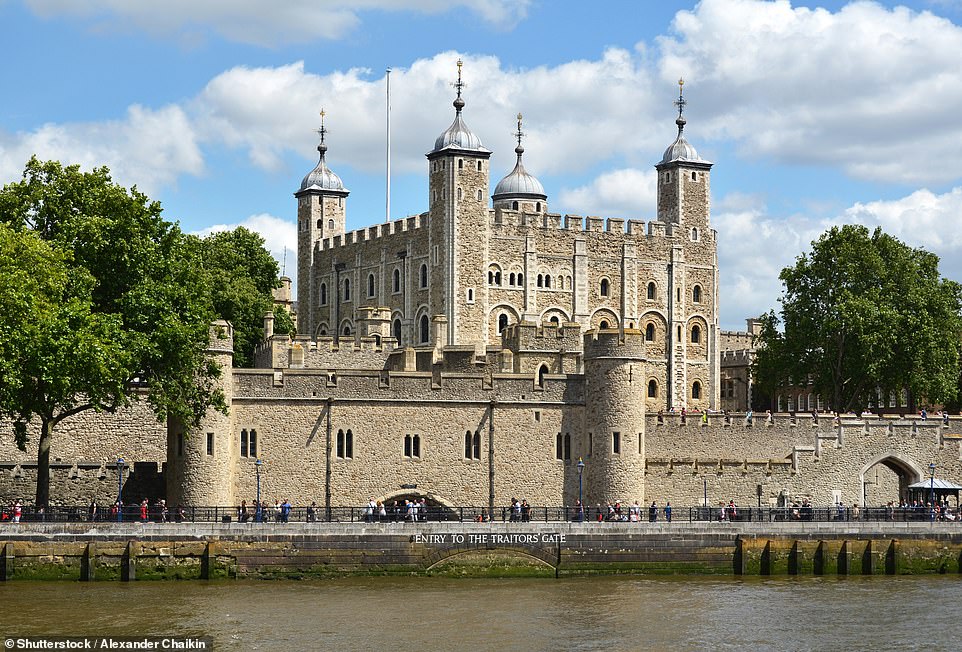 Fourth-placed Tower of London is one of the most expensive of the 50 attractions, but visitors gave it four out of five stars for value for money

Visitors gave Durham Cathedral five stars for lack of crowds and value for money. Visitors also recommended the guided tours and attending a service to enjoy music from the choir but the Cathedral has since temporarily suspended singing and choral music as a result of measures to prevent the spread of Covid-19.

At the other end of the table, Southend Pier, the world’s longest pleasure pier, earned what Which? described as a ‘respectable customer score of 63 per cent’.

It added that although it features at the bottom of the list, it scored four stars for accessibility and lack of crowds.

Visitors praised the walk along the pier as a way to blow away the cobwebs and liked the option of taking a train from one end to the other to enjoy the views.

However, it scored just one star for entertainment and engagement, facilities, and food and drink. 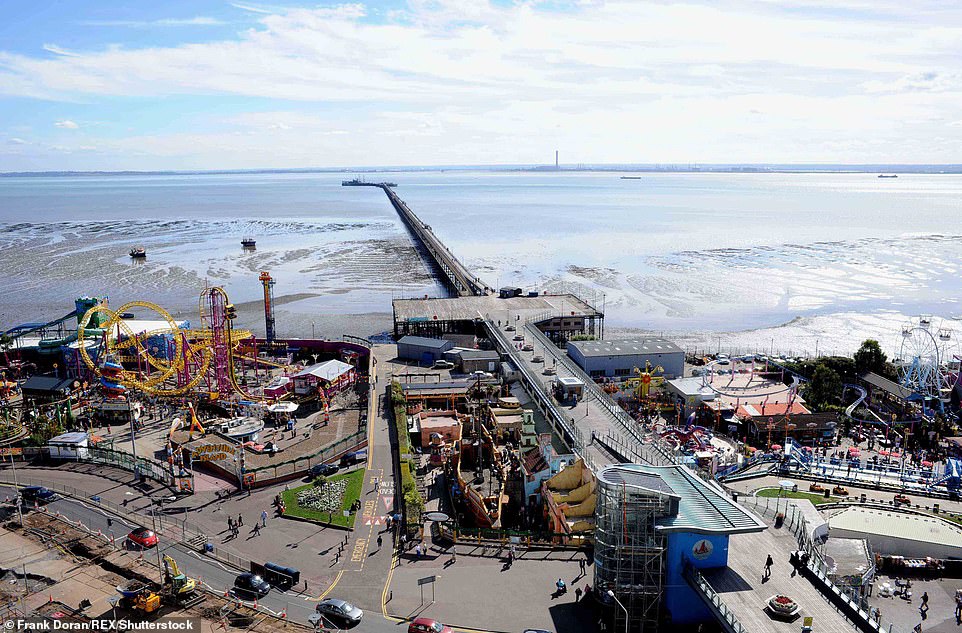 At the bottom of the table is Southend Pier, pictured. It scored just one star for entertainment and engagement, facilities, and food and drink

Some visitors complained to Which? that the pier was ‘run down’ and ‘not the most exciting place in the world’.

Rory Boland, editor of Which? Travel, said: ‘With so many of us holidaying in the UK this year, we’re all looking for new places to explore and these results provide plenty of inspiration, with some excellent lesser-known attractions alongside the favourites we already know and love.

‘Our findings show that visitors value learning something new from the historical attractions they visit while providing value for money is another common feature of those near the top of the table.

‘What’s clear though is that whatever your budget, whether you’re looking for a stroll down a pier or a saunter through a palace, the UK is blessed with fantastic locations for great days out.’