A second lockdown has already hit parts of Europe, and circulating rumours suggest one could be about to engulf the UK. For holidaymakers eyeing a festive winter staycation, it could mean a second wave of cancellations and ruined plans.

However, one Cornish hotelier has a more positive outlook.David Barnard is the owner of Stargazy Group in Cornwall, which encapsulates hotel restaurant Stargazy Inn, as well as Port Gaverne Hotel and Restaurant and Pilchards Cafe, all nestled in quaint Port Isaac.

Admittedly, the way winter will pan out is unknown for Mr Barnard, but he is quick to point out the unexpected success of the spring lockdown for the UK’s domestic tourism sector.

“I think if I just speak for Cornwall, we quite honestly have had the perfect storm because we were in lockdown for three and a half months the same as everyone else was,” he said.

“We feel that, in Cornwall, the places on the coast, from what I have found out from other people, similar sort of sites to me, that coastal sites have really sort of had it off since July.

“We reopened in July and quite honestly we didn’t know what to expect, we really didn’t. 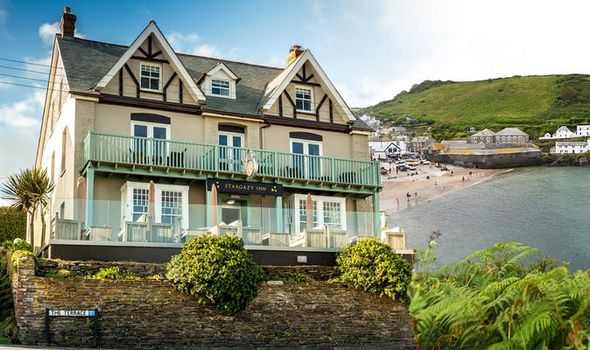 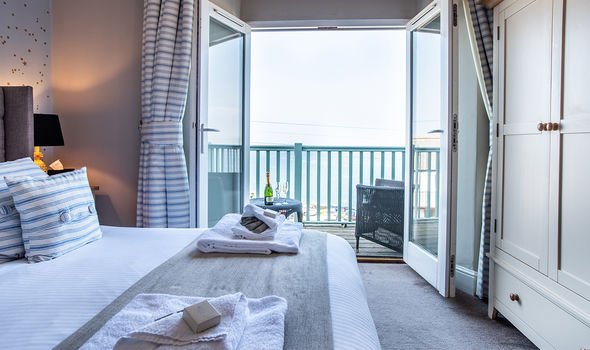 “We didn’t know whether it was going to be 50 percent or 40 percent.

“Everybody was talking it down. And I think that I was one of the only ones that was really positive because I could see it coming.

“I thought no, were going to be rammed, everybody is going to be stir crazy, they are all going to want to go out.

“And the restrictions were still there to do with travel and I thought no, we will be busy. And we were busy – we were hellish busy.

”Across the UK, holidaymakers still anxious to embark on overseas travel – whether than was due to the virus or due to every changing travel corridors – turned to the beauty of the UK.Cornwall, thanks to its stunning coastal location, became a mecca for the beach-seeking Briton.It’s low coronavirus rates may also be to thank for the influx of domestic tourists which descended on its shores, eager to relax in the sea breeze.

“I suppose it is like anywhere; anywhere that is deemed as being a safe haven,” Mr Barnard continued.

“I saw some numbers the other day about the estimate, the best estimate is that we have had about two and a half million visitors since July.

“Two and a half million visitors in four months.

“And if you think our covid levels are the lowest in the country, well we obviously got it right.

It is because there is so much fresh air, it’s just an outdoors place.

”Couple that with the glorious weather, and Mr Barnard says at times it might have been easy to forget some of the gloomier things going on in the world.

“You could have come down here in the summer, in July and August, and you would not have thought there was any covid at all the way people were because everyone was outside,” he added.

“Obviously we had the restrictions inside, but outside, everyone was outside – it was packed.“I’ve never seen our beaches as busy ever. It was nice to see.”

It was thanks to that influx that many UK hotels were able to remake the money they had lost in their earlier months of closure.

In fact, according to Mr Barnard, they earned far more than in their usual summer season. 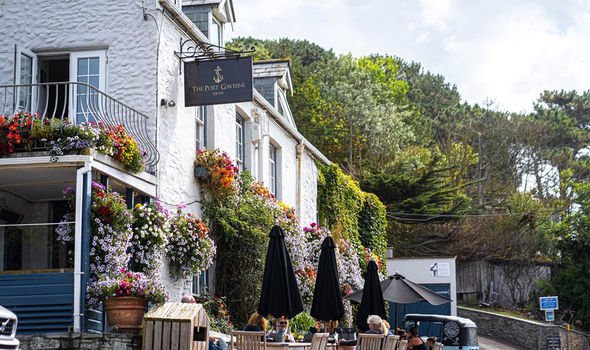 “We have done double bookings whereas we never used to do that.

So we have benefitted from that.“We have found that visitors in general have embraced us.

”Thanks to this, Mr Barnard is hopeful that not only will the industry stay afloat through a nation-wide “Tier 3” lockdown, but customers may also even reap the benefits come summer.

“Going into November is going to be the unknown, but then again it always is for us,” he continued.

“We always call it, it’s almost like the kippers season.

“That’s the season when we winterise everything, we keep the back burner staff, we still keep our standards and our consistency.

Having said all of that, I am retaining more staff this year than I have ever done, purely because I am not sure what is going to happen.

“I’m investing in that seven eight week period up to Christmas and new year. Then in January, we will see where we are.”

Mr Barnard plans to use the winter months, whether further restrictions hit or not, to improve the hotel in anticipation of an influx he deems certain to come. 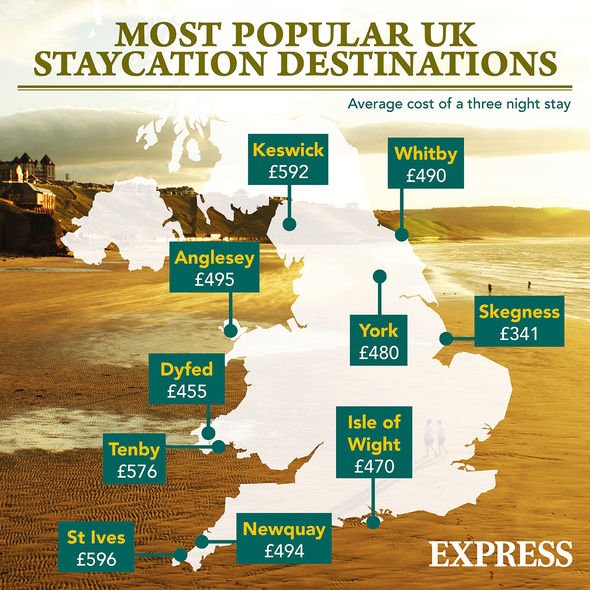 Other hotels could well follow suit, with holidaymakers likely to enjoy the results when the spring vacation season restarts.

“This winter we’re going to invest a lot of money in the pub, in the bedrooms,” said Mr Barnard.

“We have got a whole schedule of improvements we are going to do in the winter.

“More than what we would have normally done because we know for a fact how important the rooms are now.

“We’re still going to make a significant investment this winter just to make sure everything is better or as good as it could be for next year in readiness, preparing ourselves for next year.

”These renovations follow the investments that Mr Barnard has already made to ensure his staff and customers can be confident in a safe time at any of the Stagrazy Group establishments.

“We invested in screens. For the accommodation, we have an extra two people on cleaning and housekeeping. We’ve got somebody going round o just make sure that everything is clean all of the time,” he explained.

“We do a turn down about 7pm, go and make sure everything is all right in the rooms.

“It is just thoroughness more than anything.

We are using fabric sprays to clean everything down. We are just being ultra-diligent about everything.

”Customers are also likely to receive some of the “best” service as a result of lockdown, according to Mr Barnard.

“Another positive this year as well, because there hasn’t been ‘the grass is greener’ syndrome with staff, we have actually managed to recruit the best team we have ever had this year,” he continues.

“We generally recruit quite a lot of people from overseas, you know, Kiwis, Aussies, South Africans.

“This year obviously that has all dried up because of covid

Of course, he accepts that things might not have been as easy for everyone.

“People in clay pit country, inland, I think they have suffered,” he admits.

Though he applauds the way in which the Government, in particular Rishi Sunak, helped businesses like his own, he points out: “I maybe wouldn’t be saying this if we were still in lockdown now.

”Yet it was thanks to the success of summer that Mr Barnard is maintaining a positive outlook for the months to come, hopeful that next summer will see the same popularity for domestic tourism.

When asked what advice he could offer to people hopeful for a getaway in 2021, his advice was to “book early”.

“So my advice is to book early because it is going to be a short supply next year.”